Personal Risk from Chemicals: Use evidence and logic! 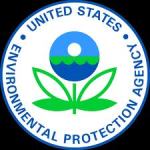 The question of what constitutes a “safe” level of exposure to a chemical is one that has been around for many decades, and certainly became more focussed since the 1970s, when the Environmental Protection Agency and the Toxic Substances Control Act (TSCA) came into being. Clearly, there is a need for good regulation in this area. The problem is that the EPA and other regulatory bodies have generally gone overboard in specifying threshhold levels of exposure beyond which there is or may be a hazard. What this means is that when a chemical at some relatively high concentration has been shown to produce cancers, the EPA sets the threshhold level way below that, in some cases at “zero” in order to protect the public, thus “playing it safe”. This approach may appeal to some environmentalists, but is unfair and unrealistic.

Formaldehyde, long used in plywood, embalming fluid, medical uses (disinfection, skin drying), etc, is a good example. There is no question but that in high concentrations, it can cause certain cancers and so it is classified as a “probable human carcinogen”. In an extensive test carried out about 30 years ago, rats were exposed to fourteen parts per million of formaldehyde six hours per day five days a week for two years. This caused the rats to develop squamous cell carcinoma of the nasal cavity (Technological Risk. W.W. Norton & Co. New York, NY 1990 p.157). This and other tests caused HUD and OSHA to set worker exposure limits to respectively 0.4 and 1.5 parts per million.

The EPA and other bodies have generally used what is called a ”hazard-based” approach to assess risk and this has resulted in greatly lowering the concentration threshhold for chemicals, including formaldehyde. A draft report by the EPA’s Integrated Risk Information System (IRIS) proposed setting the “safe” level of formaldehyde concentration at 0.008 parts per billion( not million).  This led the National Academy of Sciences to carry out an independent study that concluded that the EPA’s report fails to suppport its conclusion that formaldehyde causes respiratory cancers, leukemia and asthma ar levels that persons are exposed to. Separately, it has been pointed out that the naturally occurring level of formaldehyde in humans is 0.8 to 8.0 parts per billion(!).

It seems to me that when rational people look at these facts, they will conclude that the odds of getting cancer from formaldehyde are extremely slight if almost non-existent. If formaldehyde were banned or its use severely restricted in order to eliminate completely any possible hazard, a number of serious negative events would take place in several industries: expensive substitutes would need to be found, plants shut down, construction methods completely changed, etc. Clearly, a “hazard based” approach does not make sense.

It does appear, however, that the EPA and other agencies are now starting to switch to a “risk-based” approach, which uses cost-benefit and other analyses to set proper exposure standards. But this is by no means a settled approach.

This entry was posted in Chemical Industry and tagged Technological Risk. Bookmark the permalink.

1 Response to Personal Risk from Chemicals: Use evidence and logic!