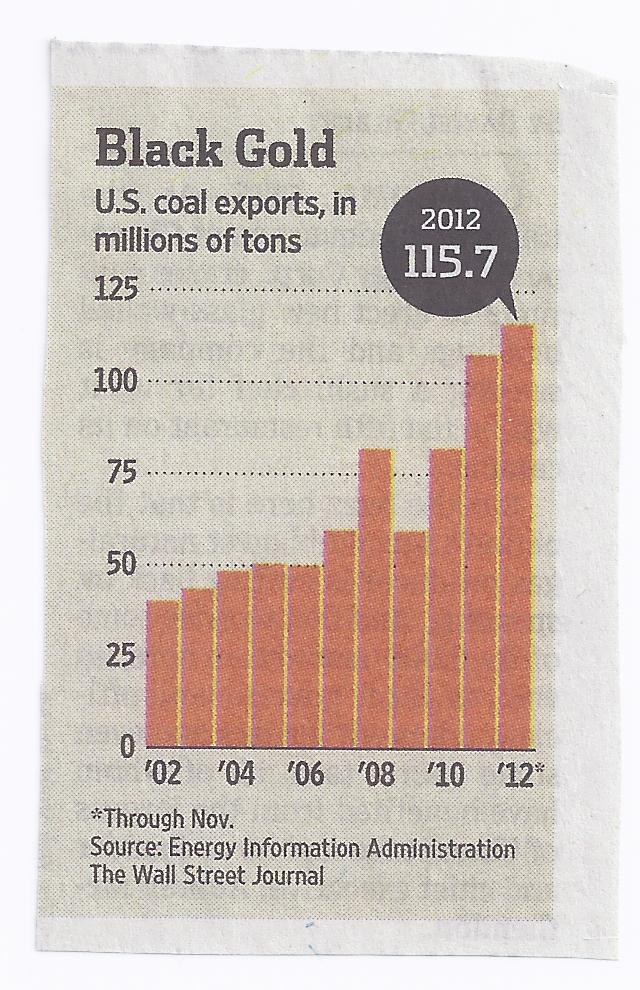 Here is a good example of the law of unintended consequences. When the EPA decided to apply strict emission standards to coal-fired power plants (using the Clean Air Act), a number of heavy polluters, particularly in Appalachia, decided to shut down rather than install expensive equipment to clean up their effluent flue gases. Remember, this EPA action was not based on reducing carbon dioxide emissions, but to greatly reduce toxic metals contaminating the atmosphere. When such plants shut down, local coal mines are, of course, affected and so miners (and Republicans) were bitterly opposed.

An additional problem for miners is the fact that natural gas (from shale) is now very inexpensive, which has caused some power plant operators to switch from coal to gas, even if it is still more expensive than coal(Electrcity consumers just pay a little more).

All of this has effectively reduced the emission of carbon dioxide from US power plants, partly due to the EPA action and partly due to switches from coal to natural gas.  So, what has happened to the plight of the miners?

Well, surprisingly, they are doing quite well, thank you. A recent article in the Wall Street Journal reports on the fact that coal exports from the US have been booming! While we have always exported a certain amount of so-called metallurgical coal (for steel-making), the U.S. has more recently started sending large amount of “steam coal” (for electric power production) to then U.K., Netherlands and Germany. That is because imported U.S, coal is cheaper there than local coal, lignite, oil or natural gas!

I suppose it’s not surprising that economics will trump the Kyoto Protocol, which has seen Europe reducing its emissions using the Cap-and-Trade approach. Another reason why a simple carbon tax would be the best way to deal with carbon dioxide emissions.

This entry was posted in Energy Industry and tagged coal. Bookmark the permalink.