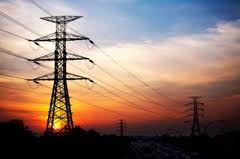 A number of articles have recently appeared that point out that new power plants based on low priced natural gas have a considerable economic advantage over new nuclear power plants. An additional factor bearing on power supply are the substantial  Federal subsidies that require that more and more power should come from renewable sources (e.g. 33% by 2020 in California), and this will back out fossil fuel-produced electricity (e.g. from coal or natural gas). Construction of new nuclear plants is almost halted (except for two new units being built by Southern Company in Georgia) and some companies that were planning new nuclear units are abandoning their plans, partly because natural gas-based plants are cheaper to build and operate and because of uncertainty regarding the future of handling spent nuclear fuel. The growing abundance of wind power from Federal and State subsidies is a contributing factor in some states.

In an ideal world the scenario for future power generation would probably look as follows. Electricity production from coal-based plants would decrease, as polluting plants are phased out and some carbon capture installations are added to reduce carbon dioxide going to the atmosphere. Existing nuclear plants would continue in operation and some new plants would be built when the spent fuel problem is finally resolved. The contribution from wind power would increase, but government subsidies and state incentives would stop so that wind power would compete on a level playing field. Natural gas prices will rise as the U.S. exports more and more gas and as fracking opponents make headway in limiting the amount of gas production from shale deposits. Solar energy production will not make a major contribution, but will steadily increase.

This scenario goes reasonably far in dealing with carbon dioxide emissions., though it will not satisfy many environmentalists. It affirms the role of nuclear energy in producing power reliably without carbon emission. And it will put all energy supply sources on a footing of competing on a fair, economic basis without government incentives.

It seems difficult to argue against this scenario, which will keep electricity prices lower than most other approaches. Most people who are or become familiar with the various alternatives would probably vote for it.

Note: This post is late because I had a hip replacement on June 19th. So far, so good!